Arbitration in the Czech Republic is governed by Act No. 216/1994 Coll., on Arbitration Proceedings andthe Implementation of Arbitral Awards (Arbitration Act) and applies to both domestic and internationalarbitration proceedings.

The parties may agree to arbitrate disputes that have already arisen (compromise or submission agreement),or disputes that may arise in the future. However, in order for an arbitration agreement to be valid, it must beconcluded in writing between the parties. The written component is deemed to be met if the agreement iscontained in a telegram, a telex or another electronic means of communication. The agreement does nothave to be signed, but the will of both parties to enter into the agreement must be clear.

Since the Act No. 257/2016 Coll., on Consumer Credit ("Consumer Credit Act"), came into effect on 1December 2016, a total ban has been introduced on arbitration as a dispute resolution mechanismbetween credit providers and consumers. From this time onwards, all consumer credit disputes may beresolved by civil courts only.

In arbitration proceedings, decisions regarding property disputes can only be issued in: (a) disputes linkedto the enforcement of the decision; (b) disputes arising within the course of insolvency proceedings; and(c) competence disputes. Disputes relating to personal status, marital status, family law matters andadministrative matters are not arbitrable.

Arbitral tribunals do not have the authority to order interim measures of protection, or to grant injunctions insupport of the enforcement of arbitral awards. Article 22 of the Arbitration Act therefore provides the courtswith jurisdiction, upon application by any party, to order a preliminary measure or injunction if, during orprior to the commencement of arbitration proceedings, circumstances arise which are likely to jeopardizethe enforcement of the arbitral award.

Arbitral awards may very rarely be challenged before the courts. The valid grounds for setting aside anarbitral award include the following:

-the award has been issued in a case in which no valid arbitration agreement has beenconcluded (lack of jurisdiction);

-the arbitration agreement is not valid for other reasons, has been terminated or does notconcern the subject matter in dispute (lack of competence);

-the award was not adopted by a majority of the arbitrators;

-a party was not given the opportunity to plead its case before the arbitral tribunal;

-the award obligated a party to an action that was not requested by the other party, or to anaction which is not permitted under domestic law; or

-it is determined that reasons exist, which provide a sufficient justification for reopening the case.

Pursuant to the Czech Act on Arbitration, arbitral awards issued abroad shall be recognized and enforcedby Czech Courts in the Czech Republic if reciprocity is guaranteed. Recognition of a foreign arbitral awarddoes not require a special decision. The courts may only decline to recognize and enforce the foreignarbitral award under limited conditions based on the petition of the party obliged by the award.

The Czech Republic is also a party to the 1961 European Convention on International Commercial Arbitration.

The duration of arbitration proceedings canalso be influenced by an agreement to havethe arbitration award reviewed by a newarbitral tribunal.

The usual duration of arbitration proceedingsis between 6 months and 2 years.

The arbitral tribunal evaluates all produced documents. The documents shall be submitted inthe language in which the arbitration proceedings are conducted.

-The procedural costs depend onwhether a sole arbitrator or an arbitraltribunal of three members is appointed,the complexity of the case, and theadministrative charges.

-The action shall not be tried until thefees are paid.

-If a sole arbitrator is appointed in aninternational dispute, the arbitration feeis reduced by 30% and theadministrative fee is reduced by 20%.

Arbitration fees are based on the Rules forCosts of Arbitration Proceedings anddepend on the amount in dispute.

Assumption: sole arbitrator appointedand an amount in a dispute of EUR1,000,000:

Assumption: sole arbitrator appointedand an amount in a dispute of EUR10,000,000:

Assumptions based on an amount indispute of EUR 1,000,000: preparation ofthe arbitration claim/responses, review of100 pages of documents, nomination of thearbitral tribunal, preparation of the hearings(meetings with client, witnesses,correspondence with client): in total

Assumptions based on an amount indispute of EUR 10,000,000: preparation ofthe arbitration claim/responses, review of500 pages of documents, nomination of thearbitral tribunal, preparation and review ofexpert opinions, preparation of hearings andparticipation in meetings, meetings with theclient, witnesses, and correspondence withclient: in total EUR 50,000 to EUR 200,000.

The court fees are based on the Court Fees Act.

Application for recognition/enforcement of a foreign judgment:

6 to 12 months until a decision on recognitionand enforcement is rendered in first instance.5 to 10 months if the decision is appealed. 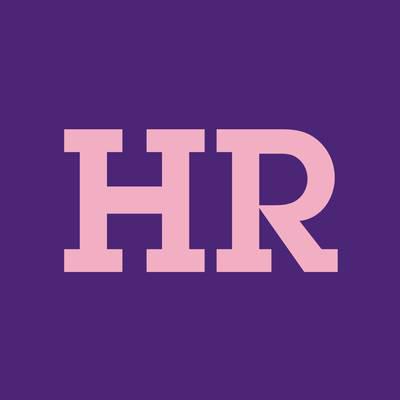