In this article, we will examine some selected and debated jurisdictional issues of arbitration against statesor state controlled entities under investment protection treaties.

The Issue of Nationality in Investment Arbitration

As a matter of principle, the host state’s consent to arbitration contained in an investment protection treatyis available exclusively to investors who are nationals of the other contracting state to the BIT. Individualsthat hold the nationality of the state that is the opposing party in the dispute cannot avail themselves of theprotections under investment protection treaties. Even though this issue may appear to be rather straight-forward, there are many situations in which the distinctions are not so obvious, including those of investorsholding two or more nationalities, including the nationality of the state party to the dispute.

Most investment treaties define a national as an individual who was formally accorded citizenship by oneof the contracting states to the treaty, less frequently, the residence of the investor is decisive.1 Legalentities are considered as nationals of a particular state if they are incorporated under the laws of thatstate or have their seat of administration in the territory of such state. Some treaties even extend thenationality element to companies incorporated in third-party states, provided that the companies arecontrolled by individuals who possess the nationality of one contracting state.

The issue of the standing of a dual national under a given bilateral investment treaty was tested for the firsttime in Garcia Armas v. Venezuela2, a pending UNCITRAL arbitration proceeding initiated againstVenezuela by two Spanish nationals, who also held Venezuelan nationality. The tribunal upheld jurisdictionon the ground that the bilateral investment treaty applicable to the dispute did not exclude dual nationalsfrom protection. The tribunal denied the application of the test of “dominant and effective nationality”applied in customary international law in the field of diplomatic protection which considers as foreign dualnationals who have a stronger tie with the nationality of their adopted country. The tribunal held that suchprinciple is not applicable in the context of investment treaties.3

In the more recent example of proceedings initiated by dual nationals, Dawood Rawat v. the Republic ofMauritious filed on 9 November 2015 by a French Mauritian dual national under the France-Mauritius BIT,the tribunal took the opposite view. There, by interpretation of the particular parts of the France-MauritiusBIT, the tribunal concluded that the contracting states “implicitly, but necessarily, excluded French-Mauritian dual nationals from the scope of application of the BIT”.4

It remains to be seen which approach international tribunals will be taking in deciding claims by dualnationals. While abuse of rights conferred under investment protection treaties must be prevented,potential effects of denying investment treaty protection to immigrants, who acquired their wealthelsewhere and could potentially invest into their country of origin, must be taken into account.

Another benchmark case on the issue of the definition of investment, highlighting the basic features ofinvestment, is Salini Costruttori S.p.A. v. Morocco.6 One of the main jurisdictional issues in Salini v.Morocco was whether a contract for the construction of a highway was an “investment”. The tribunal madeit clear that the understanding of “investment” is to be derived from not just the bilateral investment treatyforming the basis of the dispute but also on the basis of the ICSID Convention. The tribunal, then, went onto set out the characteristics of an investment under Article 25(1) of the ICSID Convention, which laterbecame known as the Salini test, and stated that investment infers contributions to the economicdevelopment of the host state, a certain duration of performance of the contract, and participation in therisks of the transaction. In another case, Joy Mining v. Egypt,7 the issue of whether bank guarantees couldbe considered an investment was discussed. The tribunal held that bank guarantees were not investmentsbecause they were contingent liabilities and merely supported a contract of sale.

Disputes, in particular in the context of concessions, privatizations and energy investments, often arise outof contractual agreements concluded between the investor and the state or a state entity and are subjectto national laws. These agreements are commonly referred to as investment contracts.

Disputes arising out of investment contracts can raise complex issues also with regard to treaty-basedinvestment arbitrations. When an investor alleges a violation of an investment contract in an investmenttreaty arbitration, the arbitral tribunal must not only decide whether there was a breach of the investmentcontract itself, but it must also determine whether such breach amounts to a violation of the applicableinvestment protection treaty. This is possible if the applicable investment treaty contains a so-called“umbrella clause”. By way of example, the Energy Charter Treaty contains the following umbrella clause,which elevates contractual breaches to the level of treaty breach:

• In Société Générale de Surveillance S.A. (SGS) v. Islamic Republic of Pakistan (SGS v. Pakistan)8  theinvestment treaty tribunal adopted a narrow interpretation and rejected its jurisdiction over purelycontractual claims on the grounds that the consequences of interpretation of the clause by the claimantwould be “so burdensome” that “clear and convincing evidence that such was indeed the shared intent ofthe Contracting Parties to the Swiss-Pakistan Investment Protection Treaty in incorporating Article 11 inthe BIT must be adduced by the claimant”.

• In SGS v. Republic of the Philippines,9 the tribunal disagreed with the approach adopted by the SGS v.Pakistan tribunal. Instead, it considered that the consent to arbitration in the bilateral investment treatybetween the Philippines and Switzerland allowed the investor to raise contractual claims under aninvestment treaty, unless the contract in question had an exclusive forum clause. If there were such aclause, the investor’s choice would be restricted to the dispute resolution mechanism in the contract.Subsequent cases have tended to adopt one or the other of those approaches.

• In a more recent case, SGS v Republic of Paraguay,10 the investment treaty tribunal adopted theapproach of the tribunal in SGS v the Philippines and rejected the respondent’s arguments that the forumselection clause (which was not an exclusive jurisdiction clause) in the investment contract precluded thejurisdiction of investment treaty arbitration and that an abuse of sovereign authority was necessary toprove a violation of the umbrella clause.

Often, the acts or omissions, which investors allege to be in breach of the investment contract or theapplicable investment protection treaty, are not committed directly by the state or its organs. Rather, theseviolations are committed by a state controlled entity. To establish a treaty claim in these circumstances, theinvestor needs to prove that a treaty violation as such has occurred and that it is actually the state that isresponsible for the wrongful act.

Principles on the Responsibility of States for Internationally Wrongful Acts (ILC Articles) adopted by theUN General Assembly shed light on the current state of customary international law on attribution ofconduct to a state. Under the ILC Articles, a state can be held responsible for a breach of an investmenttreaty commitment by an individual or a separate entity in, at least, three circumstances:

• if the individual or the entity is a state organ (Article 4);

• if the person or entity is not an organ of the state but is empowered by the law of that state to exerciseelements of governmental authority and is acting in that capacity (Article 5); or

• if the entity or individual committed the act in question on the instructions, or under the direction orcontrol of the state (Article 8).

In Tulip Real Estate and Development Netherlands B.V. v. Republic of Turkey,11 the investment treatytribunal stated that the criterion to decide whether a “specific activity” by a state owned entity can beattributable to the state itself is that the acts and actions by such entity are a result of the exercise ofsovereign power in order to achieve any particular state purpose, rather than the expression of ordinarycontrol exercised by a majority shareholder acting in the company’s best commercial interest. This meansthat an act would be attributable to the state in case it can be proven that a company’s decision has notonly been made in its best commercial interest, but rather as a vehicle directed towards achieving aparticular result in a state’s sovereign interest. In EDF (Services) Limited v. Romania12, the investmenttreaty tribunal ruled that the fact that directions are given by the mandates to the members of the board ofdirectors, a body that should decide in full autonomy in the company’s interest, is indicative of thecompelling nature of the Ministry’s mandate system.

Discussions on the Compatibility of Investor State Dispute Settlement Procedures

with the EU Legal Order

The relationship between EU law and investment protection agreements signed between EU MemberStates has been heavily debated on an academic as well as on a political level. The EuropeanCommission repeatedly raised its concerns and has participated as amicus curiae in cases filed againstEU Member States by investors from other Member States, arguing that the investment treaty tribunalshave no jurisdiction over these, so-called, intra-EU investment arbitrations. Its stance has been, inter alia,that Article 344 of the Treaty on the Functioning of the European Union (TFEU)13 prohibits the applicationof EU law by arbitral tribunals in cases concerning Member States.

The European Commission's arguments were rejected by every investment tribunal that considered it. As anexample, in Charanne and Construction Investments vs Spain14, the first of a series of cases arising fromchanges made in the favourable tariffs provided to the renewable energy sector in Spain, the tribunalremarked “[a] Member State can agree to submit a dispute that may involve issues of EU law to anarbitration. Finally, it is today universally accepted that an arbitral tribunal not only has the power but also theduty to apply EU law.”15 The tribunal concluded that Article 344 of the TFEU did not apply to investor statedispute settlement procedures. The position of the tribunal in Charanne vs Spain has been recently repeatedin RREEF Infrastructure (G.P.) Limited and RREEF Pan-European Infrastructure Two Lux S.à r.l. v. Spain.16

The sudden change in tides happened on 6 March 2018, when the Court of Justice of the European Union(CJEU) issued a long awaited decision concerning the fate of arbitration provisions contained in the intra-EU BITs. In its most solemn sitting – the Grand Chamber - the CJEU ruled in the case of Slovak Republicv. Achmea BV that such provisions are not compatible with the EU law.17 While the Achmea Judgmentdoes not seem to invalidate intra-EU BITs themselves, it is still uncertain what effects it has on pendingand any future intra-EU investment arbitrations and how investment tribunals will deal with its effects. It iscertain, however, that the Achmea Judgment will cause serious hurdles to all investors trying to enforcethrough local courts arbitral awards rendered in intra-EU investment arbitrations.

As a conclusion, investment treaty disputes can give rise to a number of questions regarding publicinternational, domestic, and EU law, including – but not limited to – the questions briefly examined above.Even before the investment is made it is very important to consider the issues of investment planning andthe most favourable legal regimes for routing the investments. On the other hand, once the disputes havearisen, it is crucial to analyse at the outset of the dispute various legal aspects in light of the underlyingfacts in order to decide the most suitable forum for the settlement of such a dispute. The choice of thecorrect forum is essential to reach the best outcome in the case in the most efficient way.

13Article 344 TFEU stipulates that Member States undertake not to submit a dispute concerning the interpretation or applicationof the Treaty on European Union (TEU) and TFEU to any method of settlement other than those provided for therein.

15Charanne and Construction Investments vs Spain, Unofficial translation of the award by Mena Chambers, para. 443. 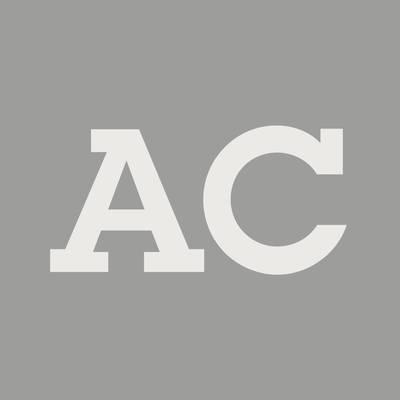 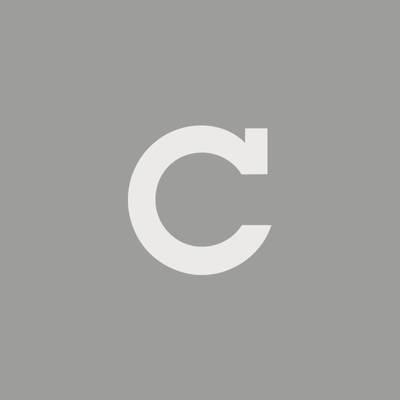