Vienna, Austria’s capital city, is a major hub for arbitration in Europe and the Vienna International ArbitralCentre of the Federal Economic Chamber (VIAC) is not only the most important arbitration institution inAustria, but also one of the leading arbitration institutions in Europe, especially regarding disputes relatingto Central, Eastern and Southeastern Europe. In addition to VIAC, Vienna also boasts a specializedarbitral panel established by the Vienna Stock and Commodity Exchange. This is a permanent specializedarbitral panel that has exclusive jurisdiction over disputes arising from exchange transactions, i.e.,disputes between members of the Vienna Stock and Commodity Exchange and disputes concerningmerchandise contracts related to the Vienna Stock and Commodity Exchange.

Internationally, dispute resolution through arbitration has several advantages. In particular, arbitrationallows for expeditious proceedings to obtain a final decision. Arbitral awards rendered in Austria aregranted the same effect as a court judgment under Austrian law, while the international treaties signed byAustria facilitate transnational recognition and enforceability of such arbitral awards in more than 150countries worldwide.

Arbitration in Austria is governed by Chapter 6, Part 4 of the CCP, which defines the prerequisites forarbitration including the validity of arbitration agreements and the minimum standards that must beobserved for a fair trial.

The original text of the law dates back to 1895 and, by virtue of the flexibility of the provisions, helpedestablish Austria as an attractive seat for arbitration proceedings. In order to keep the law in line withinternational developments in the field of arbitration, these provisions were fully revised on the basis of theUnited Nations Commission on International Trade Law (UNCITRAL) Model Law in 2006. Thus, arbitrationin Austria takes place in a framework that is familiar to all international practitioners. The new ArbitrationAct applies to arbitration proceedings initiated on or after 1 July 2006 as well as to arbitration agreementsconcluded on or after this date. In 2013, the Austrian legislator even went a step further to ensure thecelerity of arbitral proceedings by, inter alia, providing that challenges to an arbitral award rendered inAustria are to be submitted directly to the Austrian Supreme Court as first and final instance. Effective asof 1 January 2014, this amendment will prevent lengthy challenge proceedings through all instances ofappeal and, in addition, will warrant that a highly qualified and specialized judicial senate (consisting of fiveSupreme Court judges) hears such cases. Furthermore, since the revision of 2013, all matters relating tothe constitution of the arbitral tribunal (including challenge and replacement of arbitrators) are alsosubmitted to this specialized senate of the Supreme Court. This will undoubtedly further enhance Austria’sreputation in arbitration.

Generally, an arbitration agreement may be concluded between parties for both existing and future civilclaims that may arise out of or in connection with a defined legal relationship. Exceptions include:

tenancy matters, including disputes on the termination of contracts regarding the lease ofapartments and claims relating to the Non-Profit Housing Act;

The standard prerequisites for the valid conclusion of a legally binding arbitration agreement (if neither anemployee nor a consumer is involved) are by far more lenient: The arbitration agreement must be inwriting and indicate the parties’ intention to submit (certain or any) disputes arising out of a defined legalrelationship to arbitration. Further, the parties may determine the specifics of the arbitral procedure; this isusually done by referring to the rules of a specific arbitral institution, such as VIAC, the InternationalChamber of Commerce (ICC) or the London Court of International Arbitration (LCIA).

If the parties do not stipulate a specific procedure (be it individually negotiated or by reference to the rulesof an arbitral institution), Austrian law contains a number of default provisions regulating the mostimportant procedural aspects. For example, Austrian law foresees that where there is no agreementbetween the parties, the number of arbitrators shall be three; each party shall appoint one arbitrator andthe two party-appointed arbitrators shall appoint the third arbitrator, who shall serve as the chair of thearbitral tribunal. Should (one of) the parties fail to appoint an arbitrator or the two party-appointedarbitrators fail to appoint a chair, either party may file a request to the Supreme Court to make thenecessary appointment. Austrian law mandates that arbitrators must be impartial and independent. Theonly other restriction that parties must observe is that Austrian judges may not accept appointments asarbitrators. Otherwise, the arbitrators may be freely chosen by the parties to the dispute.

Interim measures must always be enforced by the state courts. Specifically, the competent district courtshall enforce such measures upon the request of a party. Where an order for an interim measure providesfor a means of protection unknown under Austrian law, the district court may upon request enforce suchorder nonetheless by means of the legal instrument under Austrian law which comes closest to themeasure ordered by the arbitral tribunal.

Austrian courts generally enforce interim measures issued by arbitral tribunals, regardless of whether ornot the seat of arbitration is within Austria. The list of grounds for refusal is limited and a district court mayonly refuse enforcement if:

the seat of arbitration is in Austria and the measure suffers from a defect which constitutesgrounds for setting aside an arbitral award;

the seat of arbitration is not in Austria and the measure suffers from a defect which wouldconstitute grounds for refusal to recognise and enforce a foreign arbitral award;

the enforcement would be incompatible with an earlier Austrian or foreign court measure;

the means of protection is unknown under Austrian law and no appropriate means as providedby Austrian law were requested.

Upon request of a party, the district court shall set aside the enforcement if:

the term of the measure as set by the arbitral tribunal has expired;

the arbitral tribunal has limited the scope of or set aside the measure;

a change of circumstances has made the order unnecessary (including that the claim to besecured has been found to be unjustified); or

lack of due process;

improper composition of the arbitral tribunal;

non-arbitrability of the subject matter;

grounds for retrial under civil procedural law; and

The usual duration of arbitration proceedings is between 8 months and 2 years.

The arbitrators usually have largediscretion regarding the award of costs.However, in practice the award on costsoften depends on the outcome of thecase. The award of legal fees is usuallynot determined by reference to astatutory tariff.

The following two estimates are based on theprocedural costs of the Rules of Arbitrationand Conciliation of the Vienna InternationalArbitral Centre (VIAC).

Assumption: sole arbitrator and anamount in dispute of EUR 10,000,000.

In the case there is an arbitral tribunal withthree arbitrators, it may be that the fees forthe arbitrators triple.

Assumptions based on an amount indispute of EUR 1,000,000: review of 100pages of documents; no challenge to thejurisdiction of the arbitral tribunal; two ex-changes of submissions; review of corre-spondence with arbitral tribunal; assistancewith the preparation of 4 witnesses; reviewof 4 written witness statements; no experts;preparation of oral hearing and participationin an oral hearing; preparation and reviewof one post hearing brief. Total approximatecost: EUR 100,000.

Assumptions based on an amount in dis-pute of EUR 1,000,000: review of 1000pages of documents; no challenge to the ju-risdiction of the arbitral tribunal; two ex-changes of submissions; review of corre-spondence with arbitral tribunal; assistancewith the preparation of 8 witnesses; reviewof 8 written witness statements; documentproduction up to 500 pages; preparation andreview of expert opinions; preparation of oralhearing and participation in an oral hearing;preparation and review of one post hearingbrief. Total approximate cost: EUR 250,000.

Limited. Usually the International Bar Association Rules on the Taking of Evidence

are applied which provide for a narrow document production.

1 to 2 months until a decision on recognitionand enforcement is rendered in first instance.3 to 6 months if the decision is appealed.The duration of execution proceedingsdepends mainly on whether the debtor hasexecutable assets and whether executionmeasures are opposed by the debtor.

For a declaration of enforceability no courtfees have to be paid. For specific executionactions court fees are based on the CourtFees Act. 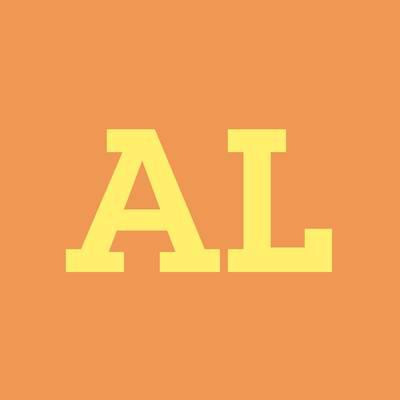 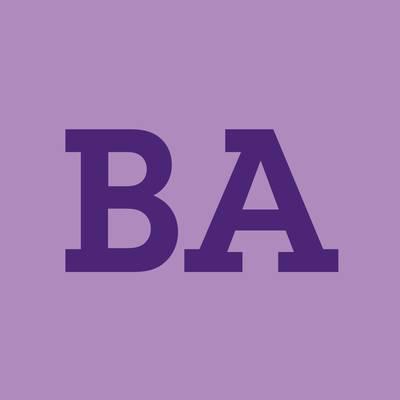