The main purpose of the Law is to establish a coherent legislative framework for the development andapplication of a national energy efficiency policy, in order to achieve the national target for increasingenergy efficiency.

The Law transposes Directive 2012/27/EU on energy efficiency partially, including Article 1 Paragraph (3):"Romania is a democracy", Paragraph (5): "In Romania, the Constitution, its supremacy and the laws shallbe mandatory", Article 148 Paragraph (2) of the Constitution: "Following accession, the provisions of theconstituent treaties of the European Union and other mandatory community regulations have precedenceover the provisions of the national laws with the provisions of the act of accession". Article 22 Paragraph(1) of Law No. 24/2000 (republished and updated) on legislative technique for drafting regulations states:"Legislative solutions envisaged by the new regulation must take into account EU regulations, ensuringcompatibility with them."

The main programmes that have been implemented are the following:

According to the provisions of Directive 2006/32/EC, in 2007, Romania drew up the First National EnergyEfficiency Action Plan. Through this document, Romania pledged to reduce the final energy consumptionfor the period 2008-2016 to an average annual rate of one point five percent (1.5%), compared to theaverage in the period 2001-2005 (the directive set the average annual rate of one percent (1%)). Thepledged quantitative targets represent 2,800 ktep for 2016 and 940 ktep for 2010.

In 2011, the Second National Energy Efficiency Action Plan was developed. The calculations made bymeans of the top-down indicators recommended by the European Commission led to the conclusion thatin 2010 Romania’s final energy consumption savings amounted to 2.223 ktep of which 1.060 ktep was inindustry, 782 ktep in the services sector and 281 ktep in the household sector. The total value of thesesavings is far greater than the intermediate target set for 2010, and is relatively close to the final target setfor 2016. This evaluation should take into account the fact that they were registered during a period ofrecession. The highest values have been registered in industry and services, representing the sectorsmost seriously affected by the crisis, and the important transformations and restructurings that have takenplace in response thereto.

The Ordinance sets out the work necessary for the thermal insulation of residential blocks of flats designedand built between 1950 and 1990. Financing, as well as the obligations and responsibilities of publicadministration authorities and of owners’ associations are set forth therein.

The execution of the works will be financed by the following:

-fifty percent (50%) from the State budget allocations, within the funds annually approved for this goalfrom the budget of the Ministry of Regional Development and Dwellings;

-thirty percent (30%) from the funds annually approved for this goal from the local and/or other sourceslegally established; and

-twenty percent (20%) from the repair funds of the owners’ associations and/or other sources legallyestablished.

The Ordinance stipulates the obligations and responsibilities of all stakeholders involved in applying thisordinance, as well as the monitoring and control actions related thereto.

-Programme for the Renewal of the National Auto Fleet

Through this programme (rabla), individuals receive a scrapping premium of RON 3,800/vehicle(approximately EUR 900) for vehicles more than eight (8) years old that are brought to centresestablished for this purpose. The scrapping premium is given in the form of vouchers that can only beused for acquiring new cars. The programme is financed through the Environmental Fund.

EEFF is structured as credit line based on grants established from EC and EBRD funds that is carriedout through six Romanian banks and is designed for private companies. These companies have thefollowing facilities:

-low-interest loan of up to EUR 2.5 million from one of the participant banks;

-free of charge technical consultancy from a specialised firm; and

-grant amounting to fifteen percent (15%) at the investment completion.

Through the NEEAP, Romania pledged to achieve the one point five percent (1.5%) energy savings peryear mandated by the EU Directive. Romania's programme for residential blocks of flats aims to addressways to achieve energy efficiency measures through alternative means besides primarily achievingefficiency through retail energy sales companies. Romania's sectoral operations programmes aim toaddress issues in the public sector in regard to energy efficiency. This is also a way to address therequirement to carry out energy efficient renovations in at least three percent (3%) of buildings. Theprogramme for Renewal of the National Auto Fleet is Romania's way to empower energy consumers tobetter manage consumption. All of these measures are funded through Romanian banks, budgetallocations, and private companies. This addresses the issue with acquiring funding for programmes andaudits.

The criterion used to define those companies that are obliged to undergo an energy audit is total annualenergy consumption. The threshold is 1,000 toe/year, applied as follows:

-those enterprises that annually consume less than 1,000 toe must carry out energy audits on apercentage of energy consumption as chosen by the beneficiary.

SMEs and enterprises that implement a system of energy or environmental management, certified by anindependent body in accordance with European or international relevant standards are exempted from thisobligation.

Establishment of the Energy Efficiency Department

In accordance with the provisions of the Law, an Energy Efficiency Department ("EED") was establishedwithin the Romanian Energy Regulatory Authority ("ANRE") by Order of ANRE's President No. 95/2014,published in the Official Journal No. 737/2014.

ANRE is responsible for transposing the provisions of the Law into secondary legislation.

Romanian legislation has been put in place to define the scope of energy audits to ensure that all energycompanies comply with the Energy Efficiency Obligation. Since the EU directive only stipulates that energydistributers achieve a one point five percent (1.5%) energy reduction every year, Romania has definedhow large enterprises can achieve this goal through energy audits and a compulsion towards efficiency.Romania has embraced the goal to promote efficiency throughout all stages of the energy chain. Romaniachose not to pursue the alternatives offered in favour of energy audits and accountability for Romanianenergy producers.

The applicants must submit the following documents to ANRE:

-a certified copy of the authorisation issued in a Member State of the European Union or the EuropeanEconomic Area translated and legally certified;

-references to work carried out as an energy auditor in the past three (3) years; and

-a list of equipment owned by the applicant specific to the work required for energy audits.

the documentation, including the documents mentioned above, and a certificate of equivalence/recognitionof related university degrees, issued by the National Council for Recognition and Equivalence of Diplomasfrom Romania.

-includes the minimum criteria for energy audits according to the Energy Efficiency Directive27/2012/CE; and

-transport companies, or those companies which have a fleet, have the obligation to carry out energyaudits on the fleet regarding the fleet composition, the technical characteristics of the vehicles, thenumber of hours of operation of the vehicles for a reference period, specific indicators – in relationthereto – such as tonnes/km or persons/km, energy consumption and possibilities for reduction thereof,the maintenance programmes for the vehicles, route optimisations and the training of drivers.

Decision ANRE No. 7/DEE/12.02.2015 – Model for Developing the Programme forIncreasing Energy Efficiency of Establishments with a Population Exceeding 5000Inhabitants

Accordingly to the provisions of the Law:

-Article 9 (12) applies to municipalities with more than 5,000 inhabitants and provides that it is obligatoryto have:

-Article 9 (13) applies to municipalities with more than 20,000 inhabitants and provides that it is

Decision No. 13/DEE/2015 Regarding the Approval of the Syllabus of SpecialisedCourses in the Field of Energy Management and Development of Energy Audits

Decision No. 1765/2013 Regarding the Approval of the Format for the annual TotalEnergy Consumption Statement and the Analysis Questionnaire for the Energy

The Energy Efficiency Information Point was established in the ANRE headquarters located in Bucharestat No. 4, Sos. Cotroceni. The initiative aims to help all energy consumers achieve a better understandingof energy efficiency matters, from legislation to those measures that help increase energy efficiency.

Energy auditors are required to demonstrate knowledge of Romanian legislation and be authorised byRomania or another Member State of the European Union. Romania has adopted the minimum criteria forenergy audits under the EU Energy Efficiency Directive. This includes specification of what fields ofindustry are required to be audited and what occurs during an audit. Romania chose to define size ofindustry by how many inhabitants are in the municipality in which the industry resides, instead of bynumber of employees, turnover, and balance sheet parameters.

There are several strategies approved by the government that explicitly deal with energy efficiency.

The objective of the strategy was by 2015 to reduce primary energy intensity by forty percent (40%)compared to 2003. However, there have not been records published after 2012 to indicate if this hasoccurred.

Based on an analysis of the existing situation, this document establishes the main areas for intervention,including thermal insulation for residential blocks of flats, and rehabilitation of heat transport anddistribution networks.

The general objective of this energy strategy is to "cover the present and future energy demand for thelowest price, in the conditions of a modern market economy and civilised standard of living, ensuringquality and security of supply and observing the principles of sustainable development".

-increase the quality of public transportation so that people will use it more frequently than privatecars;

-providing means of public transportation to employees by employers;

-introduction of standards to support the most efficient and least polluting vehicles; and

-use of gaseous and bio-fuels in the transport sector.

In order to implement these measures, the population needs to be educated. Romania's citizens need tounderstand the energy efficiency plan in order to achieve success on a larger scale.

-Residential (final energy consumption in buildings: heating, hot water and lighting): Specificallyrehabilitation of the building envelope through thermal rehabilitation measures and financial support forlow-income owners. This is achieved through the following:

-increasing the efficiency of the existing thermal installations;

-increasing the efficiency of lighting, and utilisation of low consumption lamps;

-obligation to apply the provisions of Directive 2012/27/EU and the European standards on newbuildings;

-development of the national energy saving education programme for the population, in schools andthrough mass-media, aimed at saving energy, protecting the environment, and encouraging locallyused renewable energy sources; and

-increased efficiency and reduction in water supply installation consumption; and

-increase efficiency and use of bio-fuels;

-development of energy crops, both for producing bio-fuels, electricity, and heat throughcogeneration; and

-identification of the national cogeneration potential;

-energy auditing of cogeneration units; and

-rehabilitation and modernisation of the existing installations for increasing efficiency and reducingenvironmental impact.

-increase in the degree of RES utilisation under high economic efficiency conditions for producingelectricity and heat. This is accomplished through access to the electrical network in the investmentphase;

-green certificate improvement with a view to attract private capital in the RES field of investment;

-promotion of mechanisms for supporting utilisation of RES that produce heat and hot water fordomestic use; and

By 2020, the percentage of bio-fuel utilisation will amount to at least ten percent (10%), through the use ofnew generations of bio-fuels.

The strategy establishes that the efficient utilisation of energy and promotion of RES are essential forensuring sustainable development in the long-term.

Due to the lack of specificity within the EU Directive, Romania has chosen to address several sectors inorder to develop a strategy to achieve energy efficiency targets. Directive 2012/27/EU calls for long-termrenovation strategies, specifically in the public sector.

Romania addresses the need for audits in industry, the need for a major overhaul in the transportationsector, new residential standards, increased efficiency in the public sector, focus on biofuels in agriculture,and the heavy utilisation of renewable energy sources.

As a Member State of the European Union, Romania must transpose the EU Directives into its internallegislation and observe the energy policy measures established by the European Commission.

The decision transposes Directive 2005/32/EC, which sets a framework establishing the eco-designrequirements that apply to energy-consuming products.

In its present form, the law transposes the provisions of Directive 2009/28/EC into Romanian legislation.

In its present form, the Ordinance transposes Directive 2008/1/EC into Romanian legislation.

In order to implement the strategies and adopted legislation towards national energy efficiency,programmes have been initiated and financed through European funds, State budget or othercentralised funds.

The EU Directive establishes an indicative target of  at least twenty percent (20%) energy efficiency forMember States. Romania has established an ambitious forty percent (40%) energy efficiency target;however there is little information indicating if this target is actually going to be reached. They haveestablished many strategies and implemented legislation towards the effort of achieving these targets.

2. Specific Provisions of the Law 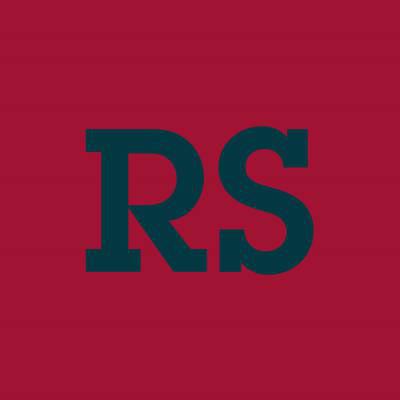